In an effort to finalize preparations for the 28th African Organization for Standardization (ARSO) General Assembly, the Minister of Small and Medium-Sized Enterprises, Social Economy and Handicrafts has received in audience Dr. Hermogène NSENGIMANA, Secretary General of the African Organization for Standardization. The context of the audience granted by Minister Achille BASSILEKIN III to ARSO’s Secretary General falls within the context of the preparations for the 28th ARSO General Assembly scheduled to take place in Yaoundé from June 27th to July 1st 2022. Poised to be celebrated under the theme « The role of standardization and evaluation of compliance for the next 41 years”, the main goal of Dr. Hermogène NSENGIMANA’s visit is to have firsthand information on the specificities of each party concerned as well as identify the critical points for a better finalization of the preparations of the aforementioned General Assembly.
Expatiating the initiative of the upcoming general assembly, the ARSO Secretary General mentioned that the African continent is in need of a quality culture. Thus, the necessity to specifically help SMEs in applying and implementing these required standards. He went further to mention that the African Continental Free Trade Area implementation that was started last year is already in progress with trading under this agreement. As such, there has being a key focus on youths and female entrepreneurs.
In the course of the exchange, Minister Achille BASSELIKIN III on his part reaffirmed MINPMEESA’s efforts in facilitating preparations of the upcoming General Assembly to take place in Yaoundé. He also confirmed MINPMEESA’s support in mobilizing SMEs who are often the key beneficiaries of this sort of quality follow-up put in place by ARSO and also beneficiaries of norms and aspects of quality that are supposed to be at the center of their dynamism of productions. As such, he remained optimistic that SMEs stand to hugely benefit from the support and follow-up of this upcoming General Assembly and the “Made in Cameroon” fair. He also emphasized that this fair will serve as a great moment for the presentation of talents, know-how, quality and more over the appropriation of Cameroonian SMEs as far as quality is concerned.
It should be noted that the General Assembly is the highest governance body of this organization and will mobilize the main decision-makers in Africa and the world in terms of standardization. It will also give room for all participants to make the most of their participation through the exchange of ideas and best practices, to discuss the main problems of the pan-African Quality Infrastructure and establish useful relationships for standardization in their respective sectors. As preparations for this General Assembly is concerned, MINPMEESA has actively taken part in the preparatory works that have being ongoing within the Standards and Quality Agency (ANOR). The General Assembly will consist of two days of Ad Hoc council and three days of the General Assembly proper which will entail exhibitions of SME products made in Africa and given that this edition of the General Assembly will take place in Cameroon, Cameroonian SMEs will have opportunities to showcase “Made in Cameroon” local brand. 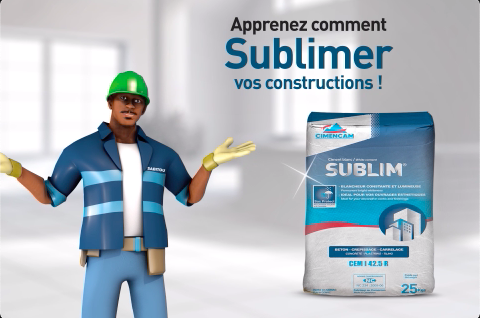